The CIBSE Journal of August 2013 includes a key article on the ground source energy installation at the Department of Earth Sciences for Oxford University: All hands to the Pump.

ICAX were not involved in this project, but there are lessons to be learned from what went wrong and how it was put right.

The Background – Department of Earth Sciences at Oxford University

The 7,100 m² building consists of five floors of offices and four stories of specialist laboratories linked by an atrium entrance. Oxford University was attracted by the predicted carbon savings of a ground source energy system that would push beyond the planning requirements and maximise the contribution from 63 boreholes beneath the £30m building.

Heating and cooling from the ground source energy was to be supplemented by gas boilers for heating and roof mounted chillers for cooling. 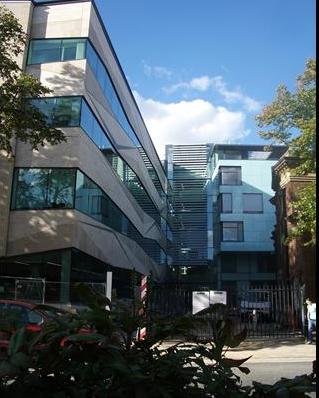 The CIBSE article lists the large number of organisations involved in constructing the Earth Sciences building for the client:

and records that, initially, the CO2 savings were 67% less than had originally been predicted.

The client lost confidence in the system and turned off the ground source energy system in order to rely on the conventional back-up. Luckily there was a full back up system.

Parts of the installation team then got together to fathom out the issues. These included:

.....they also found that the annual heating and cooling loads were much higher than had been predicted.

The good news is that once the problems had been located and remedied a year later and the systems had been optimised the CO2 savings were 24% better than what had originally been predicted.

The author of the original article concludes that, "If we are serious about closing the 'performance gap' we must allocate time and resources to fine tuning during the early months and years of operation".

An alternative conclusion could have been that there were too many parties involved in the job and responsibility may have fallen between the cracks.

ICAX has experience of working with others on large buildings and we would conclude that the problems encountered in this Oxford University building could have been avoided if one party had responsibility for the heating and cooling of the building, including the following roles:

Controls are critical to an efficient ground source system

The proper design and implementation of the controls is critical to providing an efficient system with good performance – particularly when there is a combination of a ground source system and conventional systems.

In a complex system it is easy to overlook key parameters and not always easy to diagnose where problems lie, especially where a number of organisations have been involved in design and implementation. It is not necessary to start afresh with each new installation and attempt to "re-invent the wheel" for each new building.

The smart alternative is to involve someone who has been through these hoops before.

"Soft Landings" means continuing involvement of designers and constructors after practical completion to help clients operate buildings and fine tune the control systems so that they get the best from their investment in buildings.