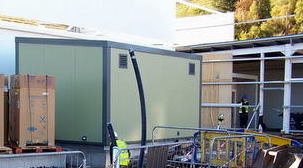 Interseasonal Heat Transfer has been chosen as the sustainable heating and cooling source for the new supermarket at Greenfield, near Oldham, which opens on 6 December 2010.

The ICAX design for Interseasonal Heat Transfer at Greenfield provides cooling in summer by extracting heat from the supermarket and, instead of blowing this into the atmosphere like an air conditioning chiller, ICAX stores the heat in ThermalBanks in the ground.

When heating is needed in winter the ICAX system extracts the stored heat from the Thermalbank using a ground source heat pump and distributes it within the building. This recycling of waste heat through the Thermalbank, allows ICAX to deliver a significantly higher coefficient of performance than would be achieved by a traditional “unassisted GSHP”. 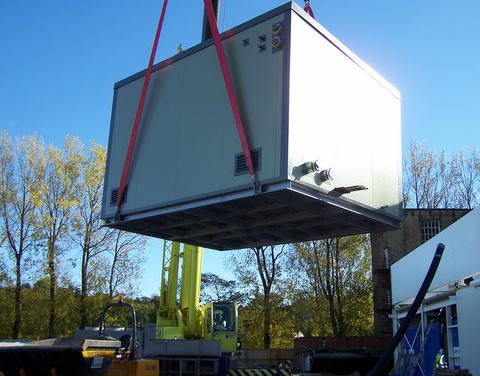 The ICAX Skid looks at the most cost effective energy source at any given time, and enables the transfer of heat from where it is available most easily to the areas of the building that need heat. If heat is not available from these sources the system looks to extract heat from the solar charged Thermalbank using a ground source heat pump. The system also has access to an air source heat pump for those spring days when the external air temperature is rising and the heat store in the ground is depleted at the end of the heating season. The ICAX Skid uses an intelligent approach to save energy and re-cycle heat whenever an opportunity arises.

These are significant commitments from a large organisation and Tesco is continuously exploring the ways in which it can reduce the carbon footprint of its stores.

As a global business Tesco recognises an important role in helping to minimise climate change. With the overarching goal to be a zero-carbon business by 2050, Tesco follows a three-part climate change strategy and has set the following goals for its built estate:

The ICAX design of Interseasonal Heat Transfer for Tesco's Greenfield Store is designed to reduce carbon emissions from heating and cooling by 61% compared to a conventional store.