The Council identifies measures Government can take to:

The members of the Heat Network Industry Council:

Commenting on the announcement, Minister for Energy and Clean Growth Kwasi Kwarteng said: “Heat networks will play a vital role in a future net-zero economy by helping to decarbonise how we heat our buildings while creating new green jobs. The government’s £270m Green Heat Networks Fund underlines our support for the industry, and we back the new Heat Networks Industry Council to deliver on its ambitions for investment and job creation as part of reaching net-zero emissions by 2050.”

ICAX is pleased to be able to work with the HNIC and its members to encourage the move towards Fourth Generation and Fifth Generation District Heating Networks:

The critical new element of fourth generation district heating is the move toward the use of heat transfer for heat generation instead of combustion. Combustion of carbon compounds always releases CO2, which limits our ability to contain climate change, and also NO2 which is a major contributory to respitatory diseases. The alternative is to use heat pumps which issue no on-site CO2 and no NO2 either. 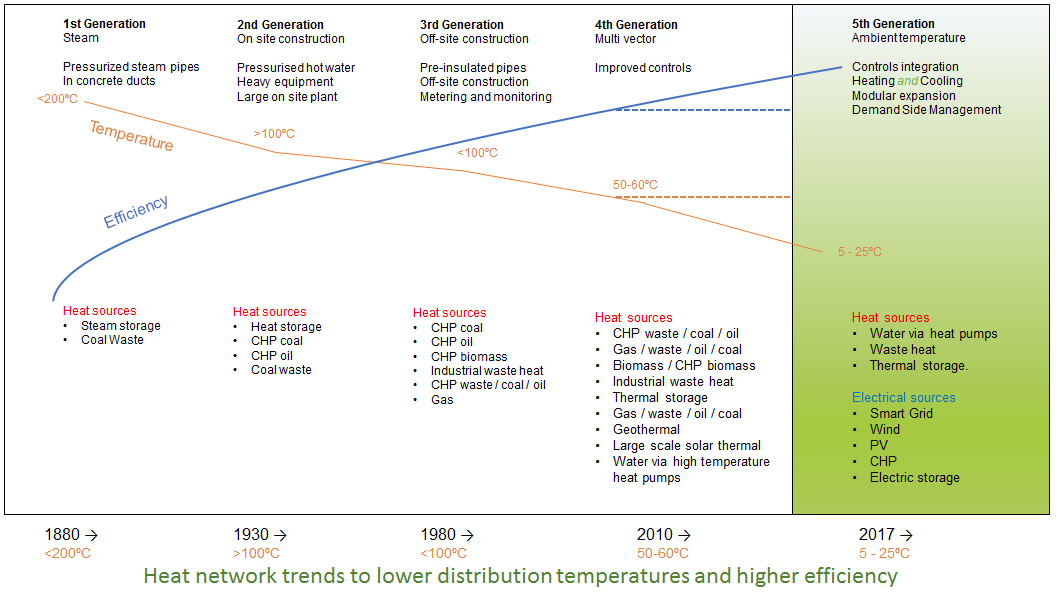 See also: Decarbonisation of the National Grid accelerates the case for electrification of heat and use of heat pumps.