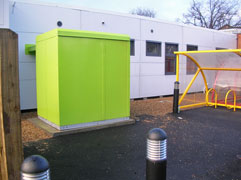 “If the UK is to meet its climate change targets,
we need to eradicate the burning of fossil fuels for heat”, Richard Lowes

Richard Lowes, of the Energy Policy Group at Exeter University, believes that the decarbonisation of heat is moving so slowly that we need to start a "national conversation about heat" to raise awareness of the issues.

He even goes as far as to raise a taboo subject: we may need to raise the tax on burning fossil fuels.

His ideas are summarised at Low Carbon Heat Market.

There were over 100,000 heat pumps installed in Sweden in 2018 compared to less than 20,000 being installed in the UK – inspite of the population in the UK being more than six times that of Sweden.

The market for heating in the UK drives consumers towards gas.

The market for heating in Sweden drives consumers towards heat pumps.

Is the UK ready to decarbonise heat?

The simple conclusion is that the UK could be decarbonising as fast as Sweden if it chose to do so. However, increasing taxes on burning fossil fuels is unlikely to happen quickly in the UK as no politician would be brave enough to suggest this for fear of losing his seat at the next election. That is why a "national conversation about heat decarbonisation" is needed to see if the UK is ready to face up to the implications of having signed the Paris Agreement and whether the UK is ready to step up to its commitments.