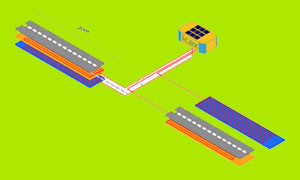 A revolutionary new British invention that uses the surfaces of motorways to collect and store energy for heating roads and buildings throughout the year begins an official two year trial adjacent to the Toddington service station on the M1 near London in June 2005.

Interseasonal Heat Transfer (IHT™ ) invented, developed and patented by London-based sustainable energy firm ICAX Ltd is a low-cost, low-maintenance process that collects solar energy from road systems and stores it in ThermalBanks for use in clearing ice from road surfaces in winter.

This is the first time that solar energy has been recovered from road systems anywhere in the UK. The technology, which uses standard building industry components, will keep winter roads snow and ice free, which means less disruption for road users.

It promises a reduction in motorway congestion through fewer hold-ups caused by accidents and fewer road works. 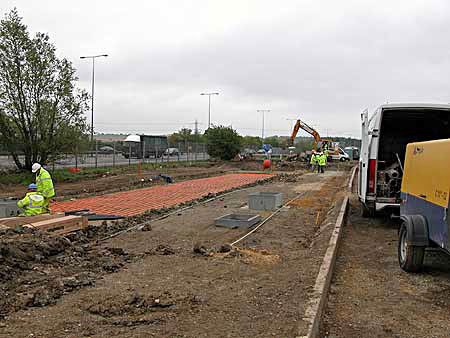 The technology, which uses underground Thermal Banks to store solar energy collected via the Asphalt Solar Collector in the road surface into usable power, could make a significant contribution to reducing global warming by cutting fossil fuel use. It can also extend the life of roads by reducing peak summer temperatures and increasing low winter temperatures at the road surface.

Highways Agency trials, project managed by TRL Limited on a section of road next to the M1 motorway at Toddington Services, Bedfordshire, will last two years.

The trials will use two different methods of collecting and storing energy to demonstrate how Interseasonal Heat Transfer can be used to keep the road free of ice and also simulate heating and cooling of buildings near the motorway.

Mark Hewitt, director of ICAX Ltd said: "The UK is currently in a position to become a global leader in the development and exploitation of solar road energy."

Successful Results at Toddington on Under Road Heating

The Solar Roadway demonstration has subsequently completed successfully. The successful results have been independently reported on by the Transport Research Laboratory: Toddington results. Solar road systems can clear ice and snow from aircraft parking stands at airports like Gatwick, Stansted, Luton and Heathrow. 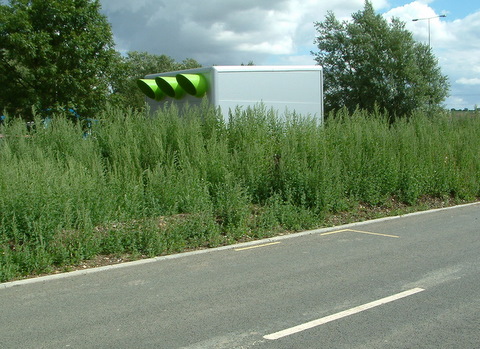 Successful Results at Hiroshima on Under Road Heating

Successful results are visible in the following photograph taken at a trial of under road heating in Hiroshima: 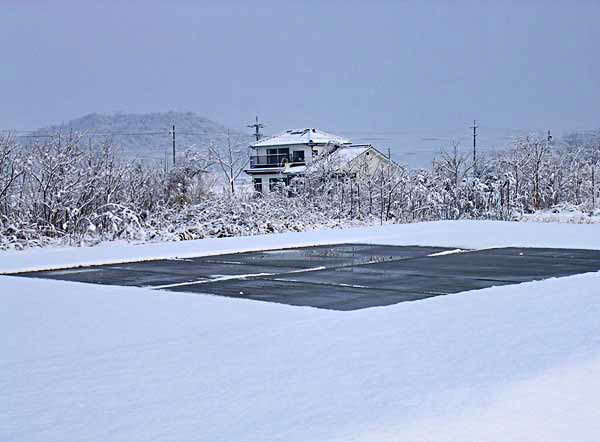 Solar road systems are the answer to the problems suffered at Heathrow airport in December 2010: Deicing Heathrow Aircraft Parking Stands.