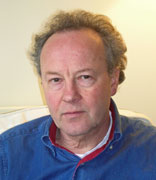 After reading science at Oxford, qualifying as a Chartered Accountant and working in finance, computing and venture capital Edward has specialised in helping young companies with new ventures. He was formerly a partner in the Management Buy Out firm ECI Ventures.

He is regularly invited to speak on sustainable energy and integrating renewable technologies to provide economic renewable energy.

Edward Thompson was voted on to the Council of the Ground Source Heat Pump Association in 2011.

On Monday 18 January 2010 BBC Radio Devon ran an article on Under Road Heating and Interseasonal Heat Transfer following the closure of the A38 at Haldon Hill near Exeter on 12 January for the second time within a year from heavy snow falls. Listen to BBC Radio Devon interview with Edward Thompson of ICAX Ltd.

Among his articles on renewable energy:

RHI Options to save £s

Banking on free energy from the sun